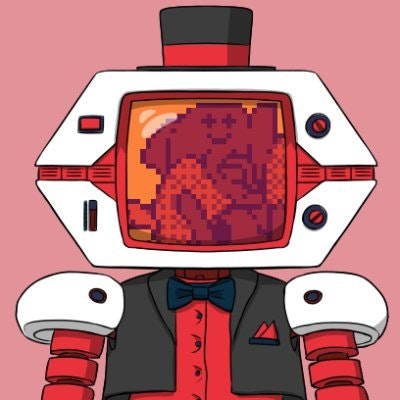 If you’re completely new to SQL and Ethereum I recommend starting with my full beginners’ overview or breaking down an Ethereum transaction first. Feel free to support my work by buying a Data Landscape edition at the end of the article, or sending a tip to ilemi.eth!

Most explanations of storage and state on Ethereum are diagram heavy and don’t get into the meat and bones of how to access or work with that data. I’m going to avoid the diagrams and theoretical explanations, but you should still have some understanding of data tries so skim this and this if you know absolutely nothing about how data gets into blocks.

To access these changes from an Ethereum node, you’ll need to use a replay VM - meaning you have to replay a transaction or block to get the raw diffs in state and storage. This is easily done using Infura or Alchemy, without running your own node. You can go to Alchemy’s API composer to play with the trace_replayTransaction endpoint (here). If you want to read more about how traces works, read the standards here - but I’ll run through one example.

Let’s use this ERC20 transfer, whose contract code includes the following:

And here’s the response you’d get from Alchemy, I’ll explain it briefly here:

vmTrace is a deeper trace, which tells you the order in which opcodes were executed by the EVM. I won’t cover that in this article (mainly since I am not familiar enough with those yet lol)

You can check the balanceOf changes using hex to num here, remember to div by 1e18. If you’re curious about how subtraces work, they are nested function calls:

A good tool to use is the Versatile block explorer, where you can check the “Invocation Flow” for a more detailed view of traces than Etherscan provides.

Don’t worry too much if that doesn’t all make sense, we’ll dive into the data here using a data warehouse instead of RPC calls from here on out.

EDW is events, calls, transactions, state, and storage data in a Snowflake shared database. You can get setup here with a custom app or just start querying on Flipside by changing the schema to tokenflow_eth. There are some example queries here. I’m assuming you’ve already used something like Dune Analytics or Flipside, so I’ll only cover the new tables.

I used the data outputted from these queries in further analysis, you can read and play with the code in the repo here.

Let’s run through a harder example than just balances and transfers: looking at price oracles on-chain. If you have no familiarity with Oracles, check out this explainer and this repo of older oracles.

tldr; Chainlink pushes prices from the real world on-chain so smart contracts can access it, Uniswap V2 and V3 have methods for calculating the token price purely on-chain. There are likely differences in prices at any given moment for a variety of reasons.

All the queries I’m going through below are public here, you can run them once you have EDW set up - just remember to change EDW_SNOWFLAKE_SECURE_SHARE_1645732350028 to whatever your secure share instance name is! I also set up udfs on a new database in Snowflake, since you can’t create udfs in a shared db.

Let’s start with Chainlink data feeds! The contract is set up such that the proxy itself doesn’t store historical prices - it calls aggregator contracts instead. There have been five such aggregators used for the ETH/USDC price feed, which I queried for here:

I queried for any address in slot 4 mapping. Mappings in EDW are stored as slot[value].keys where keys apply to structs in mappings. Here there is no struct, so we take .0 instead. The variable this tracks is:

Then, I plugged the five addresses manually into a query over the calls table, so I could get the values from each time the proxy contract called an aggregator.

Chainlink oracle usage queries are just an aggregation change, so I’m not including it here.

For this pair, I queried storage at slot 10 and parsed curr_value into an integer:

The rest of the data processing to get price was done in Python (see repo from top of section). V2 Oracle usage queries are basically the same as in v3, so I won’t go over them here.

Uniswap V3 is much more complex, because of two reasons:

Because the array is the last slot initialized in the contract (the 9th slot), we know the index of the array is slot - 8. Structs are stored in reverse and tightly packed within each slot, such that for the struct:

The slot can be decoded into: first two bytes have initialized then 40 for secondsPerLiquidityCumulativeX128, 14 for tickCumulative and 8 for blockTimestamp. The query I used was:

The rest of the data price processing was done in Python.

I also made a query to get daily reads/unique contracts reliant on the Uniswap V3 oracle, found here. First, I had to filter out transactions where there was a call to mint, burn, swap, or flash in the pool. Then, I joined the storage_reads table with the calls table on call_id and tx_hash to figure out which contracts were reading the tickCumulative data values, presuming they did so to get ETH prices.

*I highly encourage you to check out the longer deep dive into oracle prices here to get a sense of how this data is then applied in real analysis.*

I believe working with storage and state data is harder than events/function call data at the start because you need more familiarity with Solidity. Many variables are encoding in weird ways to make manipulation easy between smart contracts - so they really aren’t human interpretable at all. There are also a bunch of different storage patterns that people use, which take time to get used to.

However, this data does provide two primary benefits:

I can’t wait for the production release of this product, huge kudos to the TokenFlow insights team (and thanks a bunch for answering all my questions! 🙂 )

(here’s the edition I mentioned at the start!)